Accolade for In A Veil of Mist 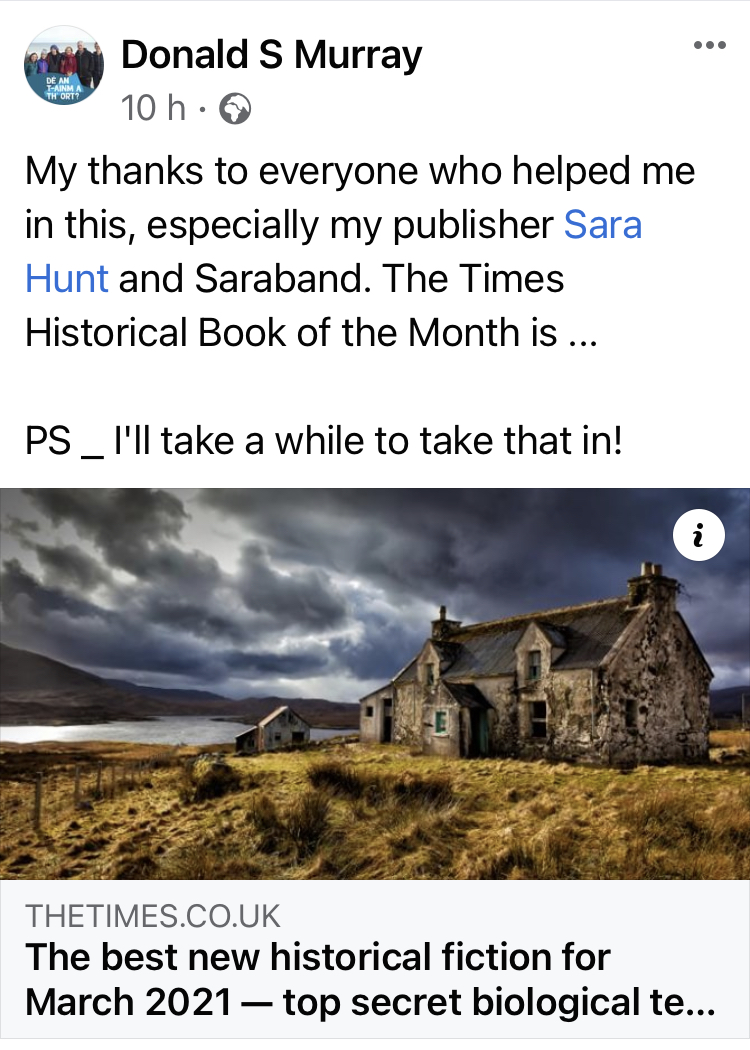 Donald S. Murray's newly-published book's been chosen as the Historical Book of the Month by the London-based Times newspaper.

The novel ‘In A Veil of Mist’ which is being released via several on-line events this week, takes place in Tolsta. Set in 1952, it examines the impact of Operation Cauldron, a series of secret biological warfare trials run by the British, American, and Canadian governments that took place off the coast of Lewis. As part of the trials, scientists from Porton Down research centre in Wiltshire and the Royal Navy released deadly biological agents like the bubonic plague, testing their effects on animals aboard a floating pontoon in the Minch, where the reader lands in the opening pages.

There was on-line event last night (Wednesday March 10) and there’s another involving the author tonight via Lancashire Libraries (https://www.eventbrite.co.uk/e/in-a-veil-of-mist-donald-s-murray-book-launch-tickets-139828764599)

Commenting on the event last night, Christine Davidson said: “It was so interesting to hear you talk about the book, Donald, and great to hear the readings, very beautifully written.” 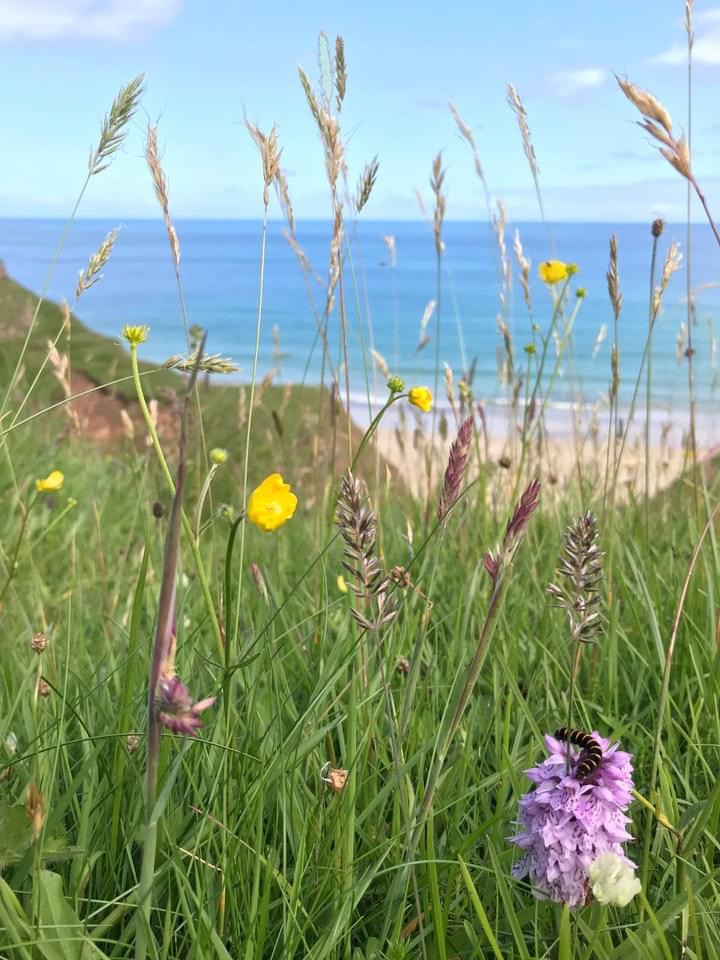 Christine supplied a photograph that’s part of the publicity on Facebook.  Donald wrote yesterday: “Two photographs. One innocent., The other more sinister. Tolsta with all its beauty and life. The other a picture of the Carella, the fishing boat that entered into the area where experiments were being undertaken in 1952 and was nearly a harbinger of ugliness and death. Two launches of 'In a Veil of Mist' about to take place tonight and tomorrow. Hope to see you some of you there.” 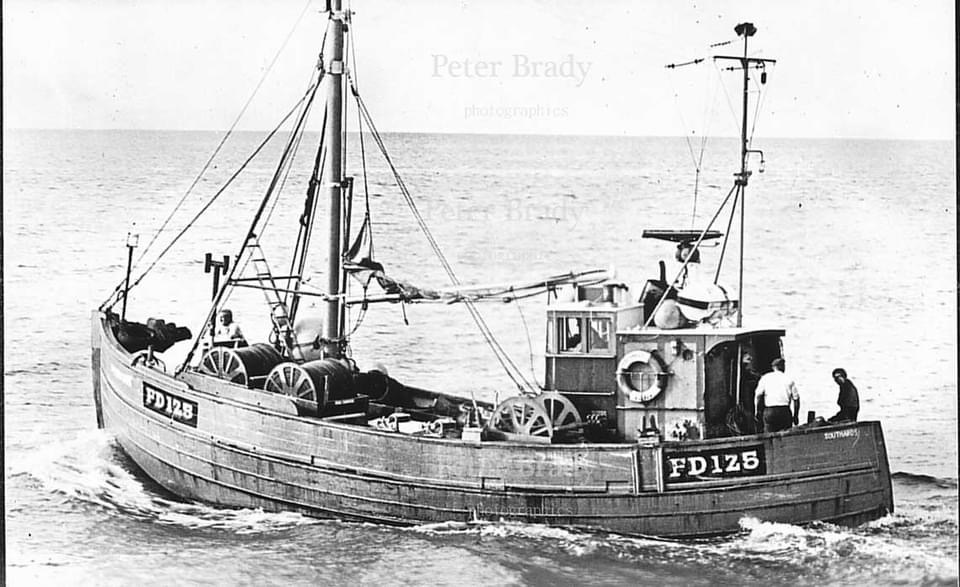 The idea for the novel had been on Donald’s mind for “20-odd years,” ever since he read a short report connected to it in The Stornoway Gazette.  Information was initially hard to come by – many of the official records had been destroyed – and he spent extended time researching the project, speaking with politicians, and even travelling to Gibraltar, where part of the novel is set. “I’m more confident with this book, because when I was writing ‘As The Women Lay Dreaming’, it took me about 16 years... There was a huge burden writing the Iolaire story, because there is an emotional weight tied to that. This one, once I got down to it, was far easier – it just flowed.”

‘As The Women Lay Dreaming’ – Donald’s debut novel – was released in 2018 to critical acclaim, longlisted for the likes of the Highland Book Prize, and chosen as Waterstone’s Scottish Book of the Month. After being included on multiple award longlists and shortlists, he won the 2020 Paul Torday Prize from The Society of Authors for the novel in June of last year. “I almost thought ‘I’m always the best man here, never the groom,’ and then suddenly I won the prize,” he says. “It’s been wonderful. That’s a huge boost to your confidence, to win something.”

Ness district is where Donald grew up and first experienced being surrounded by wildlife, having spent his early childhood years in East Kilbride, near Glasgow. 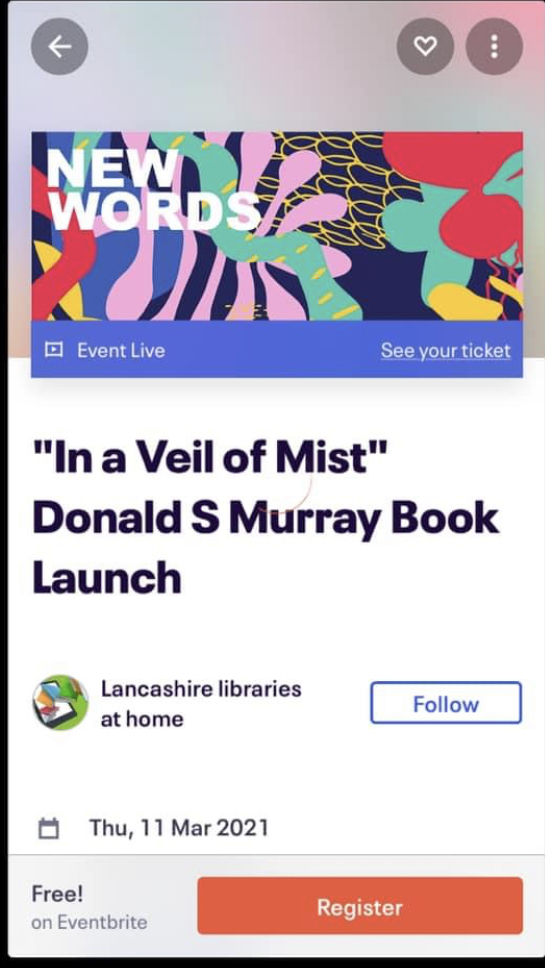 Although ‘As The Women Lay Dreaming’ was his first novel, Donald has been writing in multiple genres for decades, publishing poems, short stories, columns, plays, and books of non-fiction on subjects covering everything from the landscape of peatlands to the importance of herring in the culture of northern Europe. He’s often heard on BBC Radio nan Gàidheal, and has appeared on BBC Radio 4 as well as a variety of TV programmes related to nature and history.

Much of Donald’s work revolves around Scotland’s Highlands and Islands, examining their culture, history, and landscape through fact and fiction. The Herald described him as writing “with an inherent understanding of Highland culture, language, and way of life,” while the celebrated Raasay-based author Roger Hutchison says Donald is “one of the most accomplished and original writers to have emerged from Lewis in modern times, and there is stiff competition.”