The veil of near-tragedy cast aside

If I had been told at the start of all this that the launch of any of my books would be in Lancashire, I would have thought you were mad.

However, it appears it’s where the event is going to take place for In a Veil of Mist. There are good reasons for it!

It all starts when a poisoned breeze blows across the waves ... Operation Cauldron, 1952.

Top-secret germ warfare experiments on monkeys and guinea pigs are taking place aboard a vessel moored off the Isle of Lewis.

Local villagers Jessie and Duncan encounter strange sights on the deserted beach nearby and suspect the worst. And one government scientist wrestles with his own inner anguish over the testing, even if he believes extreme deterrent weapons are needed.

When a noxious cloud of plague bacteria is released into the path of a passing trawler, disaster threatens. Will a deadly pandemic ensue?

A haunting exploration of the costs and fallout of warmongering, Donald S Murray follows his prize-winning first novel with an equally moving exploration of another little-known incident in the Outer Hebridean island where he grew up.

The Lancashire link arises because during the final experiment of the project, the English trawler Carella, with Fleetwood as its home port and a crew of 18 men, ignored warnings to steer clear of the area and sailed through a cloud of bacteria (Yersinia pestis) on its return from a fishing trip to the waters around Iceland, causing concern about a plague outbreak among the wider public.

Incredibly, in these days when the world is grappling with a fatal pandemic, Carella was not stopped for disinfection or medical examination, but was kept under secret observation by a destroyer and a fisheries vessel for 21 days, and the ship’s radio communications were monitored for any kind of medical distress call.  The surveillance period included a period of shore-leave at Blackpool, during which the crew mixed with the residents of the town as usual.

None of them became ill, but should innocent people have been left exposed in the first place?

Now it looks like libraries in the north-west of England are taking an interest in ‘In a Veil of Mist’. This is because both Fleetwood and Sutton Oak in Lancashire feature in the book; the latter is where mustard gas was developed. There’s the possibility of a virtual launch there around the 10th or 11th March.

Separately, Caledonia TV are beginning work on a documentary about the book.

In a Veil of Mist 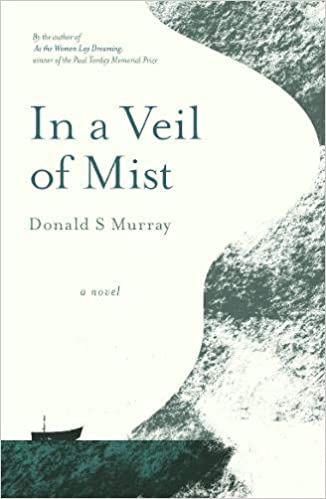