He appeared with Robin A Crawford, author of Into The Peatlands on February 15th (They are pictured below)

In his book Robin A. Crawford explores the peatlands of Lewis. He explains how they have come to be and also considers how peat has been used for millennia, principally as a fuel but also, amongst other things, as a key element in the whisky-making process.

Donald was talking about his book The Dark Stuff. He spent much of his childhood either playing or working on the moor, chasing sheep across empty acres and cutting and gathering peat for fuel.  The Dark Stuff is an examination of how this landscape affected him and others. Donald explores his early life on the Isle of Lewis together with the experiences of those who lived near moors much further afield, from the Highlands and Islands of Scotland to the Netherlands, Germany, Ireland and even Australia. Examining this environment in all its roles and guises, Donald reflects on the ways that for centuries humans have represented the moor in literature, art and folktale, and he reveals how in some countries, these habitats remain an essential aspect of their industrial heritage and working life today.

The previous day, Donald S Murray appeared with journalist and writer John Macleod, author of When I Heard the Bell: The Loss of the Iolaire.

Donald said later: “Thanks to all who attended the event yesterday at Pitlochry Festival Theatre where John MacLeod and I spoke about the Iolaire. It was an honour and privilege to see so many come to listen. Tapadh leibh uile!” 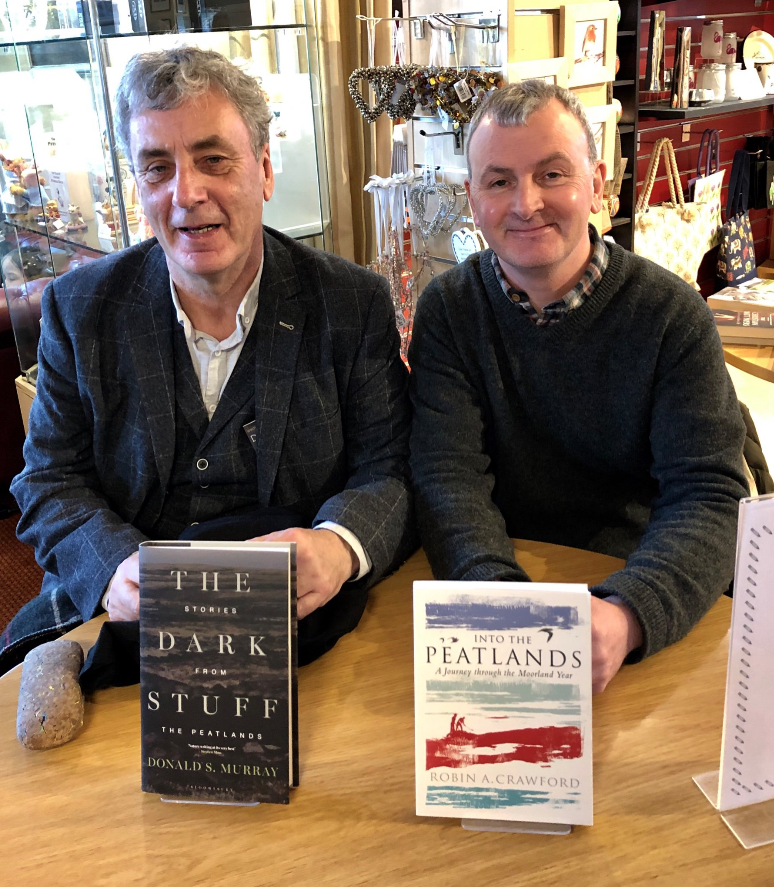