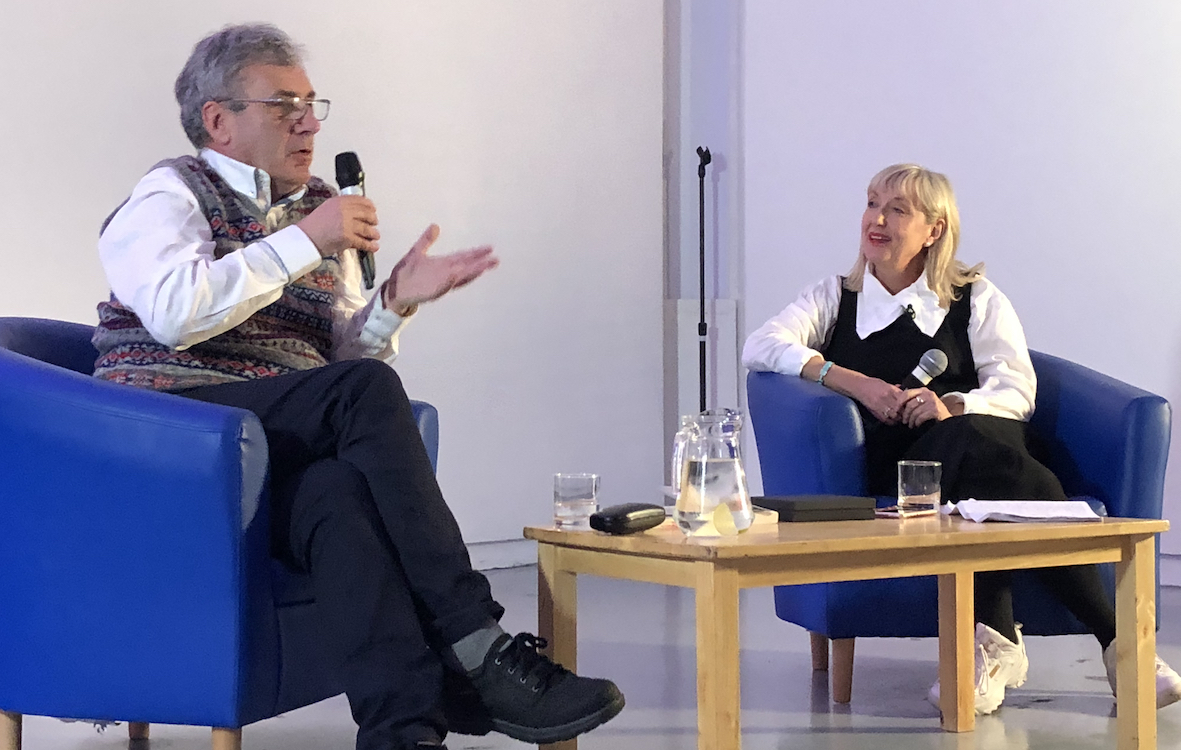 Friends and admirers of Ness-born author Donald S Murray packed the main gallery at An Lanntair arts centre on Saturday evening, November 10th, 2018, for the Stornoway launch of his latest work, his début novel, As The Women Lay Dreaming.

Copies of books available at the venue sold out immediately after the event – as people bought up to four copies each - and some guests were left disappointed in the post-event rush for the author’s signature.

Over the following weekend, Salford-based publishers Saraband Books tweeted that the event was not just “a book launch but also a very moving event for Remembrance weekend and the Iolaire commemorations.”

And they added: “For those who missed out on Donald's book, we'll get more signed copies to An Lanntair as soon as possible.”

And series of further launches followed across Scotland including one in Portree, Isle of Skye.

Saraband say they are “a creative independent publisher striving to offer our readers something a little bit different. We love to read books that are imaginative, sometimes offbeat, always original, and we’re committed to working with the writers and designers who inspire us and thus, hopefully, our readers.”  Saraband was the Inaugural Saltire Society Scottish Publisher of the Year in 2013.

The main gallery was packed for the launch with latecomers standing at the back…and there were other local celebrities present apart from the author.  He was introduced and interviewed by Gaelic broadcaster Cathy Macdonald - pictured above  – with part of the proceedings being conducted in Gaelic – and there was music for the occasions from Iain ‘Costello’ Maciver.  The audience was very mixed with young and older people present, former colleagues of Donald from The Nicolson Institute…and, indeed, former pupils.

“As The Women Lay Dreaming” is already well-known, even days after its publication because it was chosen as Waterstones Scottish Book of the Month for November. And it had already made history for its publishers as their first book which had to be reprinted before its official release date, marked by an Aberdeen event and followed by a packed reception in Inverness last week.

The début novel for Donald, the storyline involves the events leading up to January 1, 1919, when the Iolaire sank just outside Stornoway harbour, killing more than 200 servicemen.

It chronicles the life of Tormod Morrison, who was marked indelibly by the tragedy, and his grandchildren who come to stay with him in the Hebrides during the 1930s. Ultimately the novel reveals how a single event can so dramatically impact communities, individuals and, indeed, our very souls.

Alistair Braidwood, of the Scottish cultural blog Scots Whay Hae, describes As the Women Lay Dreaming as “a powerful book…which reveals new layers with every reading. It is history brought to life through fiction, and when it is done in a manner as moving and beautiful as this it is invaluable.”

Writing in The Scotsman, Allan Massie described the novel as “beautifully done” and “exquisitely realised”.  He says it has “echoes of the novels of Neil Gunn and Iain Crichton Smith and the short stories of George Mackay Brown.  It is a testimony to the purity of Murray’s vision and the quality of his prose that comparison not only come to mind but seem utterly justified.”

During the launch event, Donald said that his work on the book started 16 years ago, but it had failed to achieve the necessary structure at first, reaching 40,000 words quite quickly but then being set aside for as much as 10 years while he worked on other writing ventures.  It was set in 1992, 1936 and 1919.  He said he “felt like Dr Who at times, jumping back and forth between different times.”  Donald said the structure of a fictional work built on an actual event meant he greatly feared getting something factually wrong – but adopting the persona of a Glasgow art teacher meant that there could be misunderstandings, and the book included ‘deliberate mistakes.”  Donald talked of the benefits of “narrative therapy” for those people involved in such tragedies, of seeking to make sense of what happened.

At the end of the event, Donald, who has lived in Shetland for many years, presented a gift to Comhairle nan Eilean Siar from Shetland council convener Malcolm Bell as a token of their sympathy over the Iolaire tragedy.  It was received by CnES convener Norman A. MacDonald who praised Donald for his work and talked of the need for this year’s commemoration events to mark a new chapter in how the Islands had coped with the impact of the disaster.