Looking at words of novel 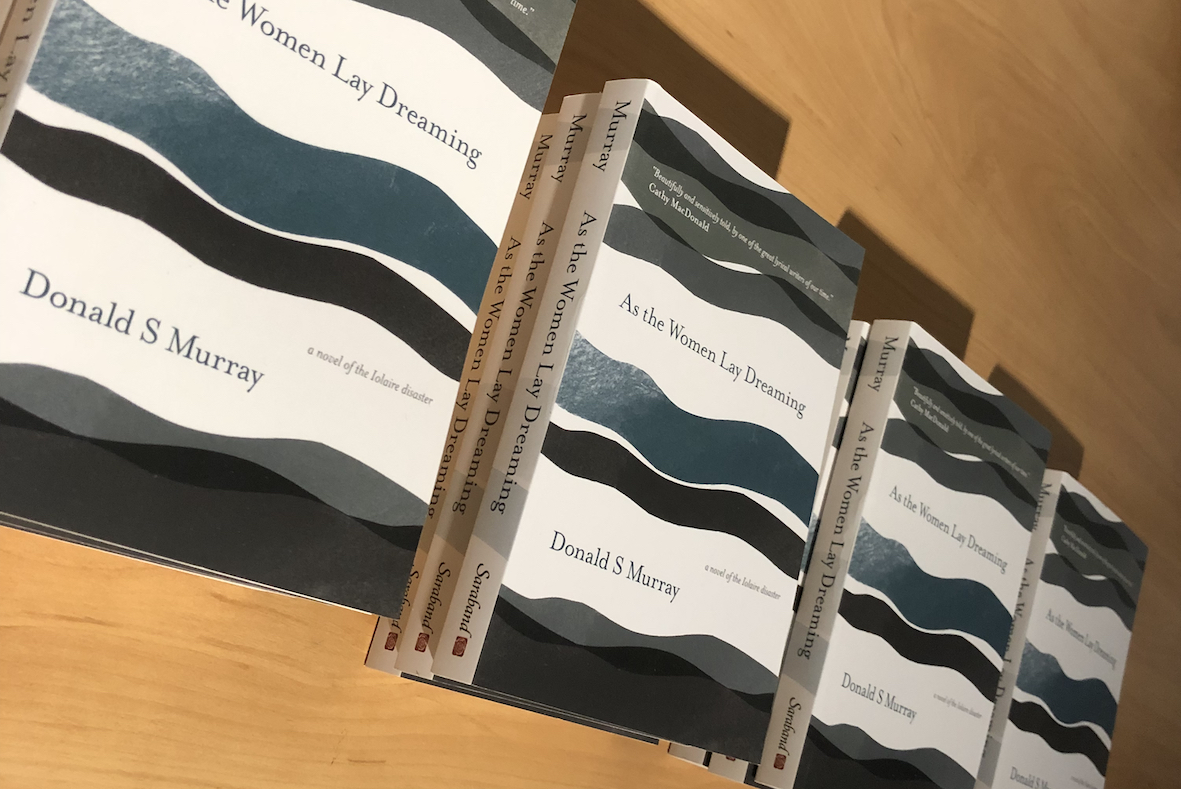 Donald S Murray was welcomed to Stornoway again on Tuesday 12 February with a well-attended event that began in the Education Room at Museum nan Eilean in Lews Castle at 7pm.

He was there to talk about his most recent novel ‘As The Women Lay Dreaming’, exploring the effect the loss of the Iolaire had both on him and the Lewis community and noted from those attending, that this was a different audience from those which had attended the formal launch in An Lanntair in late 2018.

The book – which has sold thousands of copies since being published toward the end of last year – tells the fictional tale of Tormod Morrison on board HMY Iolaire when it smashed into rocks and sank, killing 201 servicemen on the very last leg of their long journey home from war.

Donald talked more about the background of his book and how it drew from his own personal experiences growing up in Ness at a time when there were several Iolaire survivors living in the district -along with others who had been deeply scarred and psychologically affected by the experience and suffering of war, including a man who used – every morning – to walk down the road in the morning shouting, although he was fine later in the day.  He was the only survivor out of four brothers.  Donald recalled the grief of the man’s father who constantly wondered why he had had lost three children, when a neighbour had sent six sons to war, all of whom returned.  He says the man seemed to be reliving the agonies of the war each morning of his life.  Donald also pointed to the confused, sometimes bitter emotions suffered by people who survived – and by the families of those did not.

He explained how he did talks in schools which touched on the subject of the First World War by looking at war memorials – and he reminded his audience that the Lewis War Memorial is the tallest such structure in Scotland.

Looking at the book, he explained how he had taken themes from the background of the war, rather than attempting to use precise biographies.  And he had used humour in the book…there would have been a lot of dark humour in the reality of the men’s lives to try to cope with what they had been involved in.