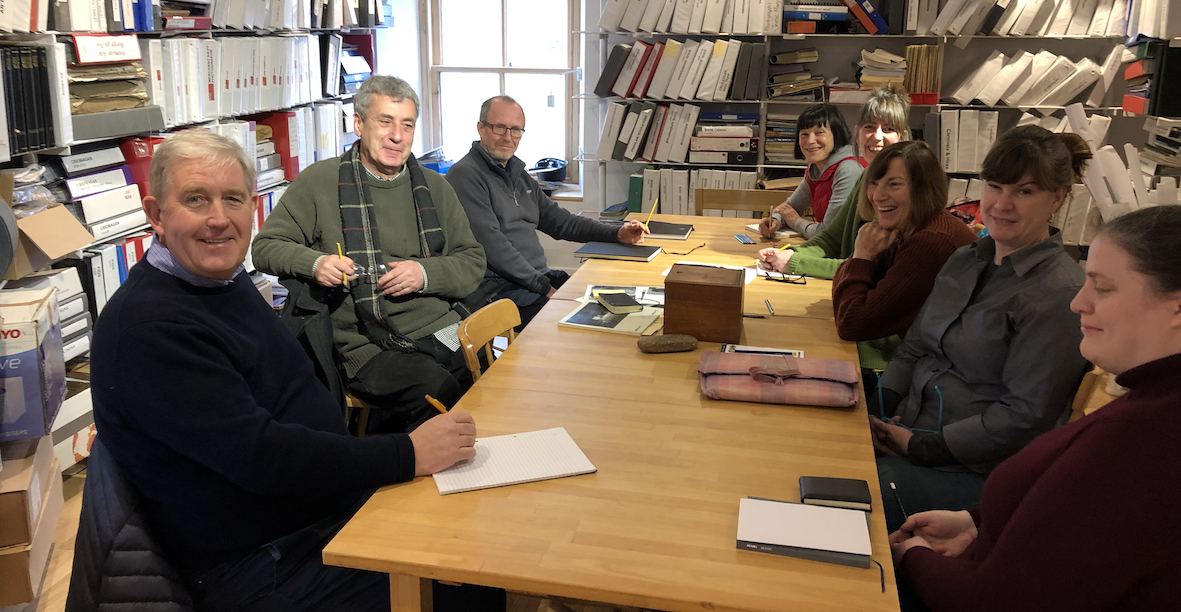 Renowned writer Donald S Murray returned to his roots in North Lewis on Friday February 8th to give a creative writing class at Comunn Eachdraidh Nis – now housed in the former Cross school which Donald attended as a youngster.

Greeting many friends and former neighbours in the centre’s temporary café beforehand, he pointed out that he last remembered being in that building when he was a pupil and it was the school canteen.

He is pictured above as the participants - many neighbours and former colleagues - gathered for the course.

Since then he has spent many decades as a teacher in the Outer Hebrides and Shetland, before finally making writing into his fulltime occupation.

This was part of a series of visits and talks in Lewis and Harris, several involving schools.

He said later: “A really wonderful couple of days home in Ness. My thanks to everyone who showed kindness, especially my brother and Anelizia in Dell, the staff and those who attended the session at Comunn Eachdraidh Nis in my old primary school, the pupils and staff in both Sir E Scott school in Harris, the pupils and staff at The Nicolson Institute in Stornoway, and Moira (Macdonald, Head of Education and Outreach) at An Lanntair who did so much to organise my talk at Museum nan Eilean which so many old friends and new attended.

“A special thanks to Iain Maciver who - despite battling a cold - sang two of the songs which we’ve worked on together.

“Tapadh leibh uile - especially to those I forgot to thank.”