It is safer to stay still.

All reasons why it’s wiser to remain
like the blackbird, starling, sparrow,
birds that rise and dip,
gorge and peck their fill
among the trees that grow
just beyond the space where I write,

HER LIFE IN QUARANTINE

Throughout lockdown,
she welcomed round

departed friends and relatives
who arrived with gifts

from the local graveyard.
They all agreed that life was hard

these days,
remaining in one place

with no prospect of escape
from the boundaries of the village,

until one corpse (long still) declared
‘I never went anywhere

during all my time above ground.
Not even a quick spin around

the borders of the island.’
And so he failed to understand

the whole sad substance of her complaint,
as all his days of life and death he’d suffered

a similar confinement and restraint.

Writer and poet Donald S Murray has won a major prize in this year’s Society of Authors Awards.

Donald, originally from north Lewis but now based in Shetland, won the Paul Torday Memorial Prize for his novel set amid the Iolaire tragedy, 'As the Women Lay Dreaming'.

“A wonderful achievement, a brilliant blend of fact and fiction, full of memorable images and singing lines of prose.” 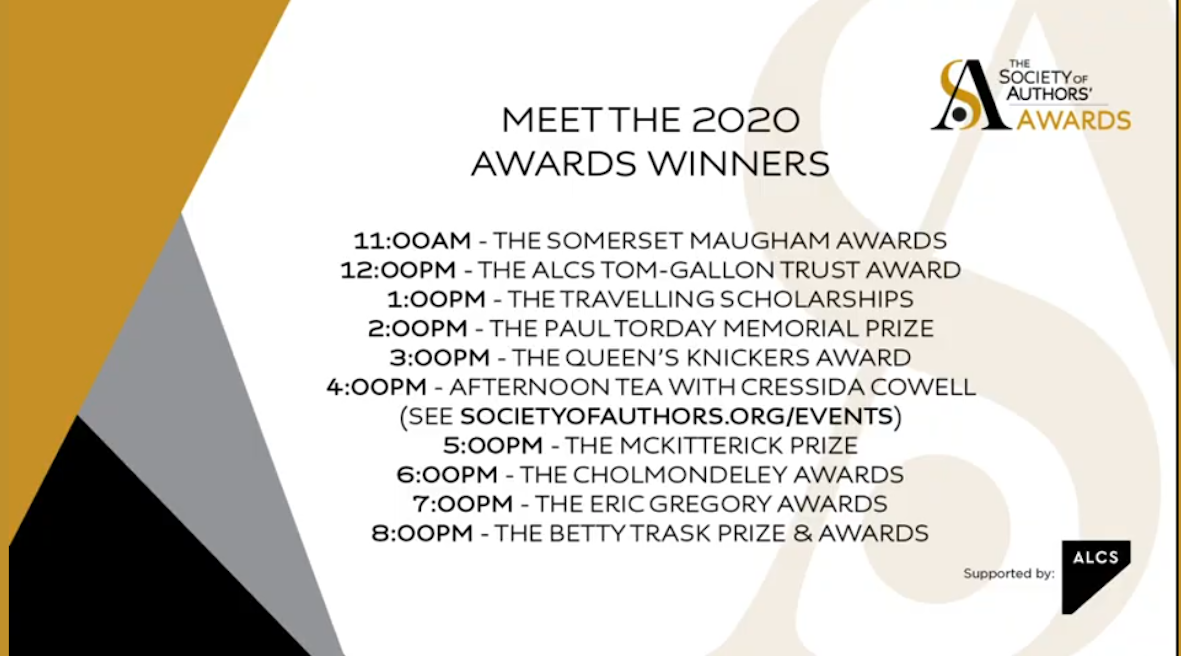 Donald’s award, for author's of first novels who are over-60, came with a prize of £1,000. He said this morning that he found it difficult to absorb that he had won such major recognition.

Society of Authors’ chair Joanne Harris said: “We’ve always said that receiving an SoA Award can be transformational for an author. They aren’t about promoting big corporate sponsors.

“They don’t seek out one big winner and say ‘this one’s best of all’. Each year, they reward the breadth and depth of books and words, and reward authors at the start of their careers as well as those well established.

“This year, as the health crisis makes authors’ precarious careers even more of a challenge to sustain, it is more important than ever to celebrate the work of today’s 32 winners.”

There is a chance to see Donald today at 2pm (Thursday June 18) on https://www2.societyofauthors.org/awards2020/

That event includes music by Ceitlin Lilidh from South Dell and the paintings of Margaret Ferguson. 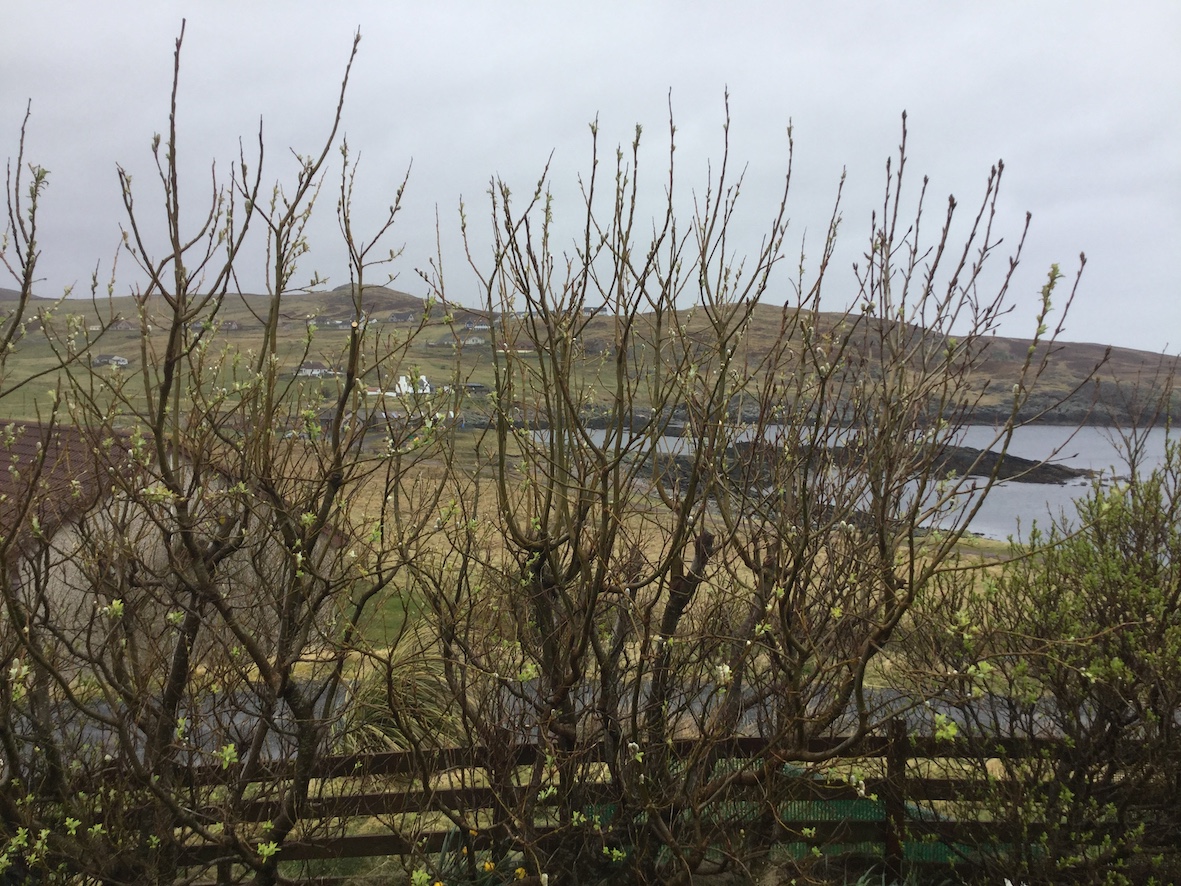 At six o’clock (or so) this morning,

they broke out of social isolation,
their songs a mix of celebration,
wooing, warning
as they rejoiced in close proximity
within a garden lined and edged by trees.
Did I envy them - these starlings, sparrows?
Yes - for the way they recklessly embraced
their neighbour’s plumage,
squabbled beak to face,
swirled into the distance,
Unlike those of us all bunkered down,
the grounded human race.
DSM
*******************************

A different view from isolation 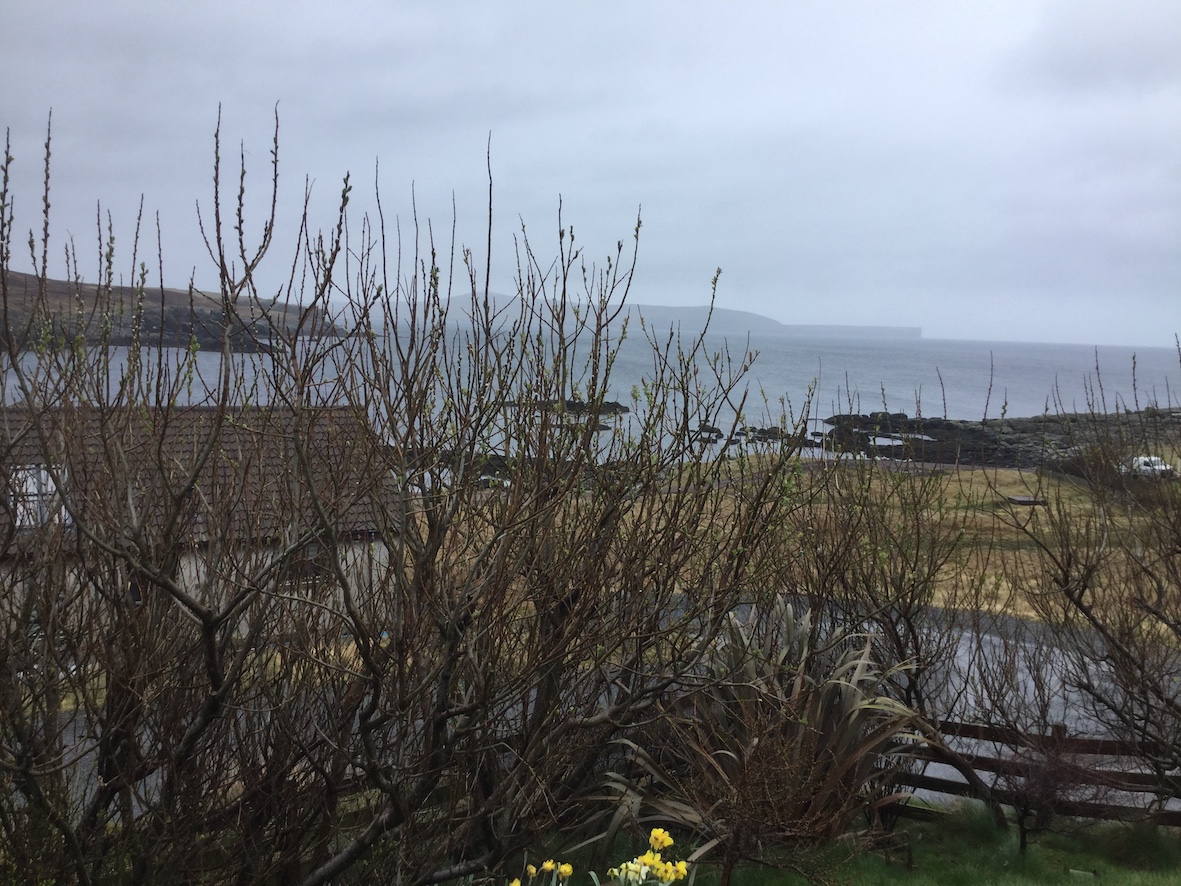 Today I saw myself as I might have been
some fifty years ago, a youngster clambering rocks
as he slipped the ties that bind
their kind these days round laptop screen and X-box.
Who knows what he’ll find
as he explores both moor and shoreline,
ignoring the chill of the occasional snowflake
whirling like these terns reeling round the nearby beach?
I saw, too, a cock-sparrow among branches,
a clutch of buds and blossoms crammed within his beak,
scratching out a nest he’ll build now and in the coming weeks,
like that young lad preparing for his future
scaling rock and wondering how much farther he can reach.

A young filmmaker based on the Isle of Lewis will be producing the movie based on The Women Lay Dreaming, the acclaimed new novel by Lewis writer Donald S Murray exploring how generations of the same family were affected by the legacy of the tragedy, which struck when a naval yacht crashed into rocks near Stornoway in the early hours of New Year’s Day, 1919.

The project, which has won the backing of a new talent project to find “Scotland’s filmmakers of the future” being funded by the BBC and Channel 4, is being undertaken by John Murdo MacAulay, aged 25.

The Scotsman newspaper reports that: